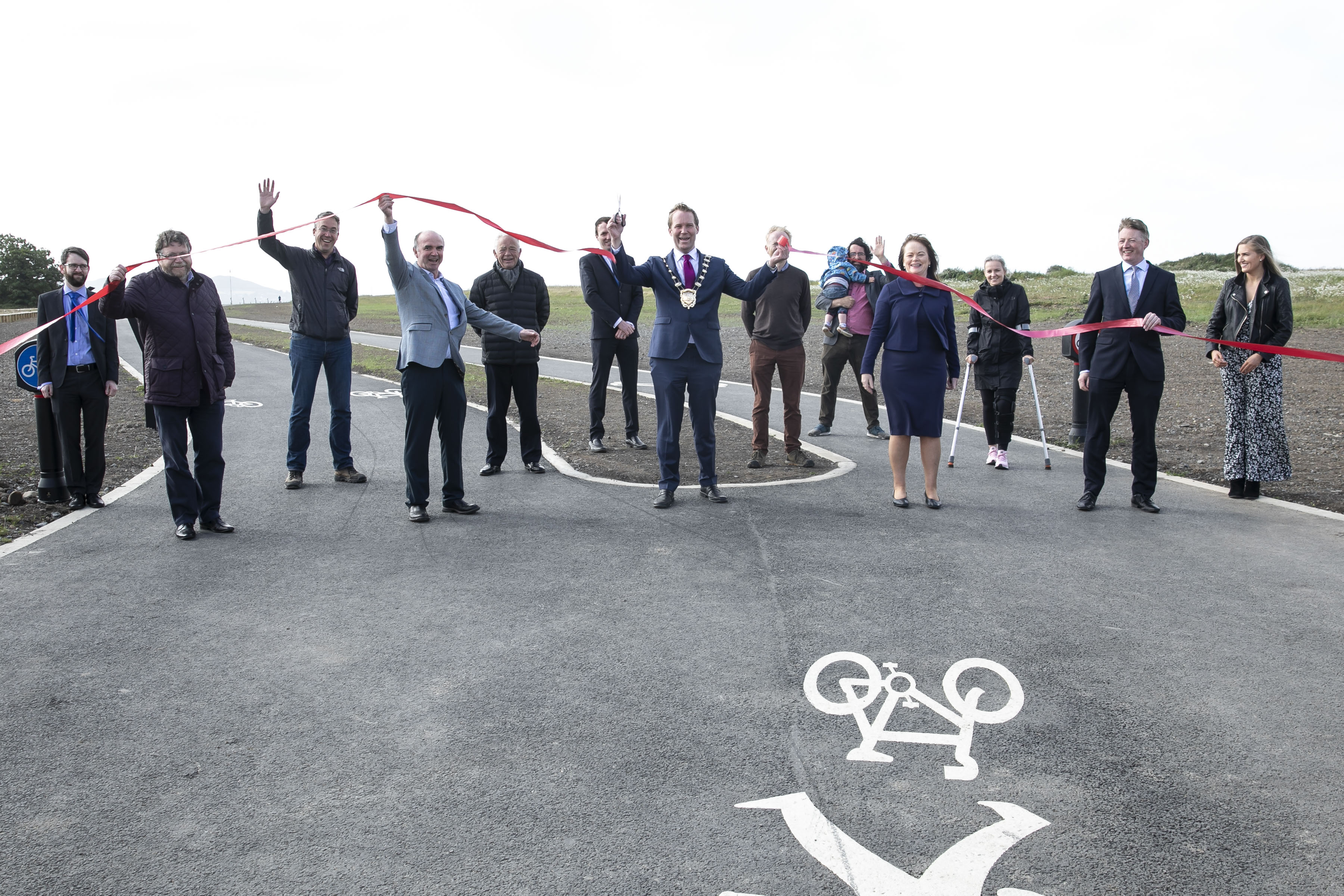 Atkins – a member of the SNC-Lavalin Group – were delighted to attend the official opening of the Baldoyle to Portmarnock Walking and Cycling Greenway project by Mayor of Fingal Cllr Eoghan O’Brien, Atkins has successfully delivered this project through all stages, from concept through design planning procurement and construction supervision, the scheme is a major new amenity for the area as sustainable travel is now more prevalent then ever.

The greenway is located at the Racecourse Park and allows cyclists and pedestrians to travel through the park parallel to the Coast road linking Baldoyle with Portmarnock. This Greenway is a fantastic addition for locals in the area but will also a draw for tourists, as it is an attractive and high quality walking and cycling facility, maximising and respecting the opportunities presented by the area’s natural assets and coastal location adjoining Baldoyle Bay.

Welcoming the news, Mayor of Fingal Cllr Eoghan O’Brien said “I am delighted to formally open the Portmarnock to Baldoyle Greenway. It’s a wonderful new facility for local people as well as visitors to the area. It is the first section of what will be the Sutton to Malahide Greenway route, which will also tie in with the Broadmeadow Way, and ultimately the Fingal Coastal Way. Since access was opened along the route, it has been heavily used by walkers and cyclists. It is a stretch of road that had previously had no footpath whatsoever, and that’s why the local councillors insisted that this stretch be the first piece of the Sutton to the Malahide cycleway because it was very important piece of infrastructure that was missing.”

Stephen Wyse, Project Manager Atkins, commented ‘Atkins are delighted to have successfully delivered this Greenway scheme. The route has been designed taking account of the coastal setting so tourists and locals alike can enjoy Fingal’s incredible coastline and natural landscape. The overall vision from the NTA and Fingal CoCo will ensure that this Greenway will be a major asset for outdoor recreation and tourism while also providing a real “traffic-free” alternative for commuter cyclists travelling along this route.’

With 88 kilometres of coastline, Fingal has great potential for the provision of cycleways which will improve sustainability, transport infrastructure and the health and well-being of the County’s residents. The Baldoyle to Portmarnock route is the first phase of a major initiative to provide a Greenway along the entire coastline of Fingal.

Further phases of this project are progressing through the planning and design process.

Atkins are also managing and delivering two adjoining schemes the Sutton to Malahide Pedestrian and Cycle Route and also Fingal Coastal Way. Both of these projects are being managed and delivered by Atkins as separate design commissions.

Hans Visser, Fingal CoCo commented ‘That he was delighted to see the official opening of this new new Greenway route. In keeping with our commitment to climate action, this scheme will provide a valuable addition to travel infrastructure for pedestrians and cyclists.