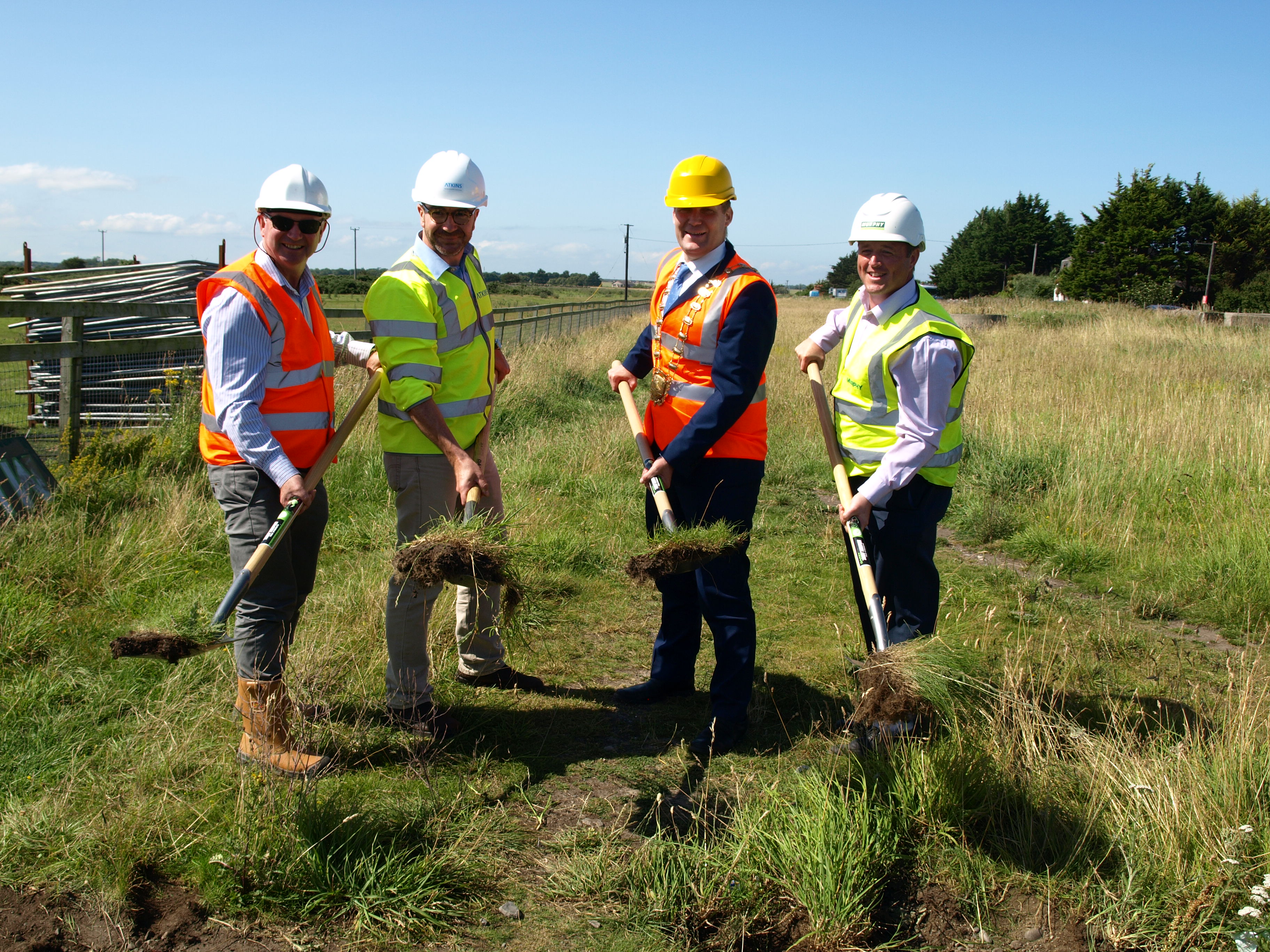 Construction has just commenced on the Baldoyle to Portmarnock Walking and Cycling Greenway project, which Atkins has delivered under the leadership of Technical Director Martin Deegan through all stages, from concept through design planning procurement and construction supervision. Murphy International have been awarded the contract earlier this month by Fingal County Council, with the end of October being targeted for substantial completion of the works.

On the 23rd of July 2019 the Mayor of Fingal Cllr Eoghan O’Brien attended the Turning of the Sod event for the Baldoyle to Portmarnock Walking and Cycling Greenway project in North County Dublin. Also Kevin Halpenny and Hans Visser from Fingal County Council, Martin Deegan, Stephen Wyse, Andrew Butterly and Fidelma Lucey from Atkins, and Kevin Morrissey and James Donnelly from Murphy International Ltd., were all delighted to be in attendance along with the Mayor at the ceremony which was held on the site in Baldoyle.