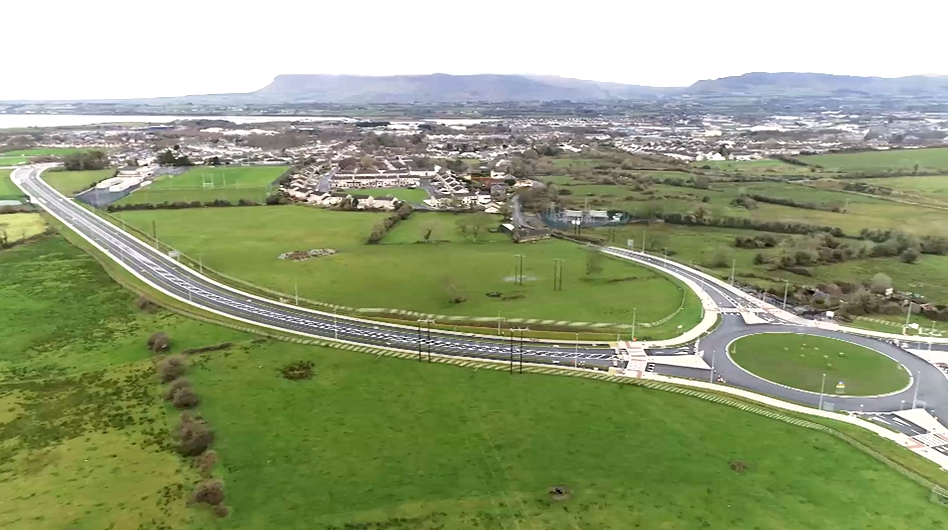 Construction work on the Sligo Western Distributor Road Phase II has been completed, with the road now opened to traffic.

The Western Distributor Road Phase 2 comprises a new 2.5km single carriageway south west of Sligo, commencing at the Ballydoogan Road (WDR Phase 1) and terminating at the N4 Caltragh Interchange. The road is of major strategic importance to the region, providing access to the new IDA Business Park at Oakfield and the existing IDA Finisklin Business Park. It will also reduce traffic congestion on the Sligo Inner Relief Road and adjoining routes and provide much improved access to the southwest of the urban area. Walking and cycling infrastructure has been integrated into the scheme.

Atkins, a member of the SNC-Lavalin Group, has been consulting engineer for the project from its initial concept design and through construction.

Ursula O’Higgins, Technical Director at Atkins Ireland, said: “This represents a positive step forwards for Sligo as part of the Project Ireland 2040 plans to see the town become a regional centre and new gateway. In addition to reducing congestion and travel times, the project also promotes more sustainable methods of travel via the pedestrian and cyclist facilities. We’ve been involved in a number of road schemes in Sligo over the years, so its great to see the work from our teams across Dublin, Cork and Galway once again being realised.”

Details of the scheme include:

Atkins has contributed to a number of major road schemes in Sligo, including the N4 Inner Relief Route and the Western Distributor Road Phase 1.