The M50 Upgrade PPP scheme comprises the design, construction, operation, maintenance and financing of the upgrade of approximately 23 km of the M50 motorway between the M1 and N3 junctions and between the Ballymount and Sandyford junctions. The upgrade works include an additional third lane in both directions over the full length of the motorway plus a fourth auxiliary lane in both directions between the M1 and N3 junctions and between Ballymount and Scholarstown junctions. The scheme includes improvements to seven existing junctions on the motorway, including the construction of free-flow interchanges at the M1, N2 and N3. separate contracts.

Atkins carried out the design of the Public motorway lighting scheme in accordance with the National Road Authorities and in compliance with British Standards BS 5489. All the motorway mainline was designed in accordance with ME1 with non project roads generally to ME2 reducing away from the scheme. The main inter urban interchanges are classified as complex and are designed to Lighting Class CE1.

To reduce costs and construction period Atkins reused a substantial amount of the existing high masts columns and lighting columns were refurbished.
As this is a PPP project separate metering was provided for the non project services.

Atkins provided design services or new traffic signalling at three junctions which was a mixture of SCATS and MOVA depending on which jurisdiction there were located.

Duties included consulting with all the TII , Dublin City Council and all local authorities which the scheme crossed for all services provided including Lighting, Traffic Signalling and Motorway communications.

Atkins also indentified all existing utilities and arranged diversions as appropriate and liaised with the Dublin Port Tunnel and Dublin City Council to divert there existing Fibre Optical cabling. 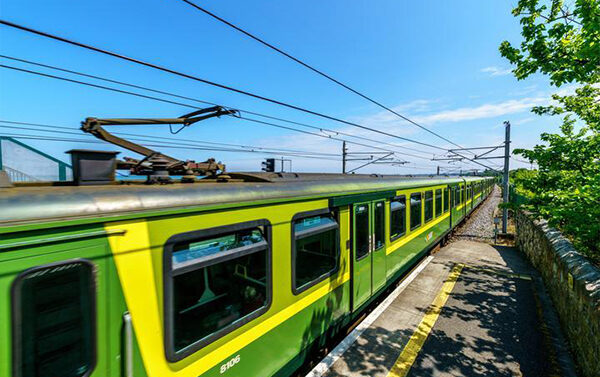